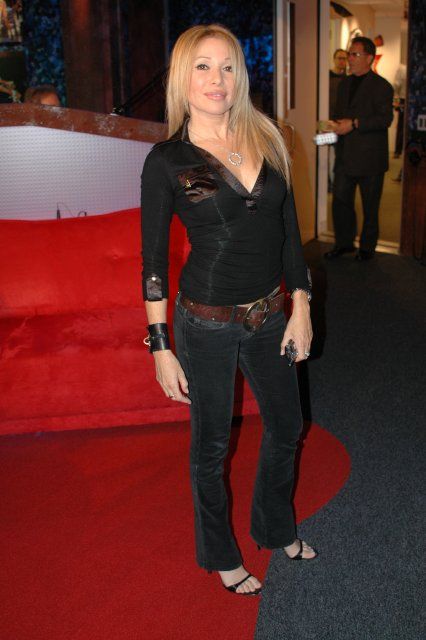 Howard had E.G. Daily, an actress and voice specialist, into the studio. Artie pointed out he and E.G. worked together on a short-lived cartoon, “Game Over,” even though they were never on the set together. E.G. said she was also the voice of Tommy Pickles on “Rugrats,” Buttercup on “Powerpuff Girls,” and Babe from “Babe: Pig in the City.” E.G. added that she occasionally uses her voices during sex, and added she was “wealthy,” largely because she was on “Rugrats” for 10 years. As E.G. gave samples of some of her voices, Artie acknowledged hearing her do her Babe voice “haunted” him because that was the voice he was studying nonstop during his infamous pig-suit incident on MadTV.

E.G. noted one of her former boyfriends, Jon-Erik Hexum, accidentally killed himself on the set of his TV show, “Cover Up,” when he shot himself in the head with a prop gun. Although the gun wasn’t real and was loaded with blanks, E.G. explained there was enough gun powder and wax in the blank to “blow a piece of Jon’s skull the size of a quarter into his brain.” E.G. also noted she had visited Jon-Erik on the set of “Cover Up” that morning, and that she last saw him a half-hour before the incident happened.

E.G. then mentioned she dated the musician, Jellybean Benitez, following Jon-Erik’s death, and that she had dated other famous men as well, including one of her high school classmates, Nicolas Cage. E.G. went on to say, though, that she had the opportunity to have sex with George Clooney, but she turned him down, even though they did do “other things” together.

Howard took calls from listeners, including one from a man who wanted to know how E.G. was able to handle the size of Rick’s penis. Elizabeth replied she had to “tip and tilt” in order to have sex with Rick, and admitted she enjoyed his size, and even kept their sexual relationship alive for a time after their divorce because of it.

Before E.G. left, Howard brought up the fact that she had played Dottie in “Pee-wee’s Big Adventure,” and asked if she knew whether or not Paul Reubens, the man who played Pee-wee, was gay. However, she claimed not to know, but added that she was still in touch with Paul. E.G. then reported Rick was her best sex partner ever, and that a pothead she used to date was her worst.