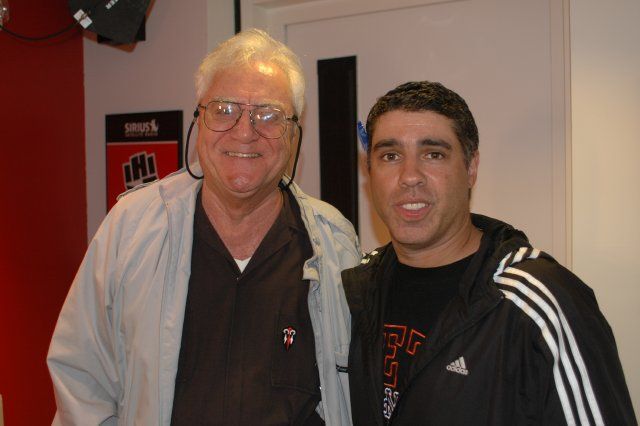 Howard introduced his next guest, Pat Cooper, by guessing he hadn’t seen him in close to seven years. As soon as Pat walked in, he told Howard to “start eating” because he was “too thin,” and advised him to spend some of his “half a billion dollars” on food. After Pat admitted he had left his hearing aid at his apartment, Howard said he was going to play “pop psychologist,” and said he felt Pat separated himself from his biggest supporters because of his confrontational attitude.

Pat responded that he didn’t think this was true, and took issue with Howard’s claim that he made comments about his children on other talk shows. However, Howard told Pat exactly what he said about his kids – namely that they’d stop loving him because of some of his on-air behavior – but Pat insisted Howard took his remarks the wrong way. Pat reported he “backed away” from the show for awhile because Jackie left, and Howard asked him why that caused him to badmouth him.

Pat responded once again that he never spoke ill of Howard or the show, and that he was excited about his return today. Howard then acknowledged that when Gary informed him Pat was available as a guest, he wasn’t sure if he wanted him on, noting he didn’t think Pat liked him. Howard went on to say, though, that “in the interest of good radio” he decided to let Pat appear on the show, even though he figured Pat might be using him to some degree.

Pat brought up that his wife died two years ago, and Howard said he felt very bad when he heard the story. Howard proceeded to say, though, that he didn’t get in touch with him at the time because he was afraid Pat didn’t want to hear from him. Pat then said he was married for 41 years, but was now dating a woman both he and his wife used to know. When Pat added he and his girlfriend hadn’t had sex, even when they went to Italy together on two occasions, he said it was because he could no longer get erections. Although Pat admitted he was embarrassed by his problem, he also claimed he was no longer interested in sex given he was 75 years old.