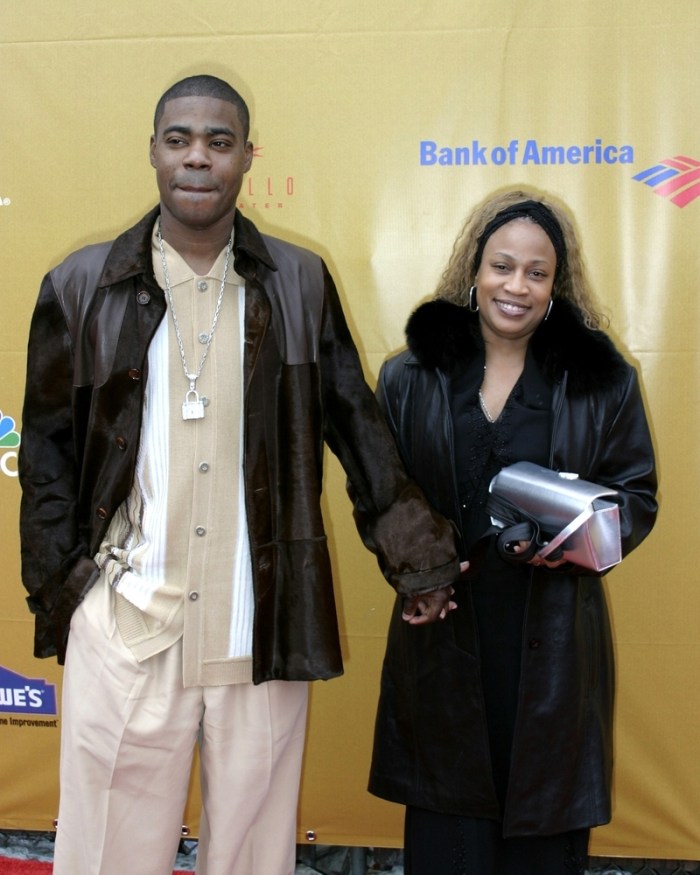 Tracy mentioned he’d been listening to the show for 10 years, and that Eddie Murphy gave him advice to “stay funny” back when his career was just getting started. Tracy noted he had three kids, and one was in college and another was set to go next year. Tracy also reported he was committed to his wife, and that their sex life was as strong as it’d ever been. For example, Tracy said he recently role played a wild fantasy scene with his wife while two of his children were asleep in their rooms, and that the couple also had a girl-scout routine they did together as well.

Tracy commented he was into sports as a kid which kept him out of trouble, but admitted he was arrested when he became a crack dealer for a short period of time. Tracy then said his arrest took place in the early 1980s when “crack was king,” and that he quit selling it because his wife insisted he do so. Tracy added, as a high school graduation present from his uncle, he was taken to Times Square and had sex with a $30 prostitute.

Tracy revealed he pitched a storyline for his show, “30 Rock,” that would feature him discovering that Beetlejuice was his father. Tracy also claimed Tom Green was the most difficult host he encountered on “Saturday Night Live,” and that it was hard for him to make a name for himself when he first got there because of the presence of stars like Norm Macdonald, Colin Quinn and Will Ferrell.

Before the interview ended, Tracy claimed he wanted to have a daughter to go along with his three sons, and that he never had a problem having sex with women even if they’d vomited on his penis during oral sex. Tracy then talked about the time he was on the show “Punk’d,” explaining his Jaguar was about to be towed at the time to a location four hours away from Los Angeles, and that he was ready to get physical with the perpetrators of the prank before he found out it was just a joke.