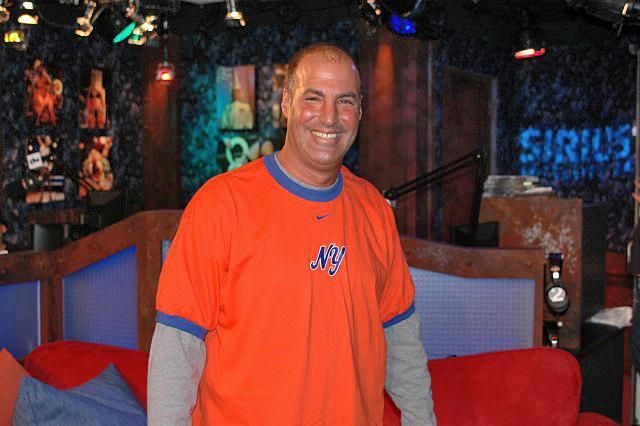 Sid Rosenberg, a former sportscaster on Don Imus’ program and current radio man in Florida, came into the studio. Howard asked Sid, who he noted had made unflattering remarks about Venus and Serena Williams in the past, if he considered himself or Michael Richards to be racist, and he replied he didn’t think he was, but that he felt otherwise about Michael. Sid then reported working for Don was sometimes “like Disneyworld,” but it also reminded him of “Auschwitz” on different occasions. Sid went on to recall the remarks he made about the Williams sisters was the reason Don fired him the first time, and that he was “fired for good” when he joked on the air that Kylie Minogue, who’d been diagnosed with breast cancer at that time, wouldn’t look good if one of her breasts was removed.

After Sid admitted he smoked crack during his days on Don Imus’ show, Scott Ferrall called in to ask Sid why he called his house recently to talk to his wife. Sid replied he did call Scott’s house, and that, since he wasn’t home, he had to talk to his wife, who he noted had answered the phone. Sid added he wouldn’t have known Scott’s wife if she were in the studio with him, and insisted he wasn’t interested in making personal calls to her. Sid and Scott then continued to yell at each other, both making accusations about the other’s radio talents. When Scott demanded Sid never call his house again, and after Sid agreed, Artie replied he liked both of them, but couldn’t understand Scott’s point of view on the topic, especially because Scott acknowledged he didn’t think Sid was trying to pick up his wife during their conversation.

Sid admitted he’d been in rehab for drugs twice, and that he nearly overdosed once as well. Sid also noted he bet $27,000 on the Denver Broncos in the 1990 Super Bowl – a game Denver’s opponent, the San Francisco 49ers, won 55-10 – even though he was making just $300 a week at the time. Sid then said it took him quite a while to pay that particular debt, and also commented he was able to work out a deal with his bookie to bring down what he owed to a more manageable amount. Sid then reported he got in trouble while working for Imus after he discussed on the air how he was stealing DirecTV, and that he had to pay almost $50,000 worth of fines for his crime.