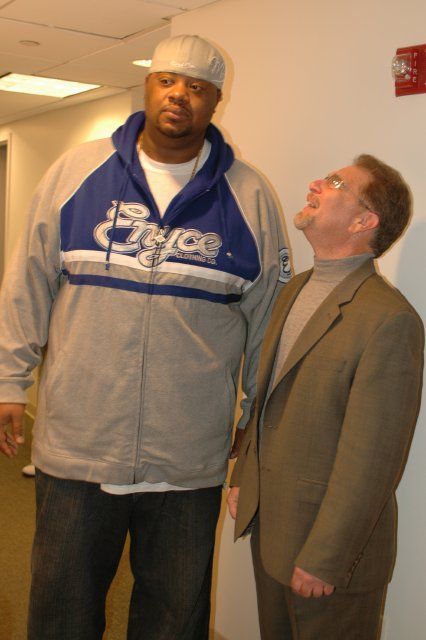 Howard brought up that Katt was scheduled to be on the show two weeks ago, but they had to reschedule his appearance because he was arrested at the airport for carrying a gun. Katt explained the gun he had wasn’t operable, and that he had asked his driver to take it to his house to put it away following a visit to the shooting range, only to discover the driver had accidentally placed it into one of the bags he was taking on the plane instead. Because of this, and the fact that airport officials were nice to him throughout the ordeal, Katt acknowledged he wasn’t mad at the situation. Katt added he considered himself “really, really blessed,” and he chalked up the incident to him being “stupid.”

Katt said he sometimes carried a good deal of cash when he was on the road, which he noted was the reason he resorted to protecting himself with guns. In fact, Katt claimed he once encountered seven gunmen who wanted to rob him in a hotel in Cleveland, and that he wore a bullet-proof vest every day to protect himself. Katt proceeded to say he could face three-to-five years in jail over his latest arrest, although he said he hoped he’d get an understanding judge for the case. Katt mentioned he had eight kids – ranging in age from 18 months to 11 years old – and that seven of them were adopted. Katt then said he made promises to himself about what he’d do for people if he ever made it in comedy, and that was the reason he had so many children in his life.

Ralph called in and said he thought Katt wouldn’t have to worry about getting shot if he “played down” his lifestyle, but Katt responded it was “a treacherous road,” and that he needed to be himself when dealing with his fans. Katt also mentioned the people who have attempted to rob him weren’t fans who attended his concerts, but were instead people who knew about his wealth and followed him to rob him.

Cabbie then got on the line and asked Katt if he thought there was “black celebrity justice going on,” claiming someone like Wesley Snipes didn’t go to jail for tax evasion, even though he got locked up for the same charge himself. However, Artie told Cabbie, if Wesley wasn’t going to do time, he believed the reason was because, unlike him, he agreed to pay his back taxes, while Robin added she thought “black justice” was when African Americans got in trouble for things they didn’t do.