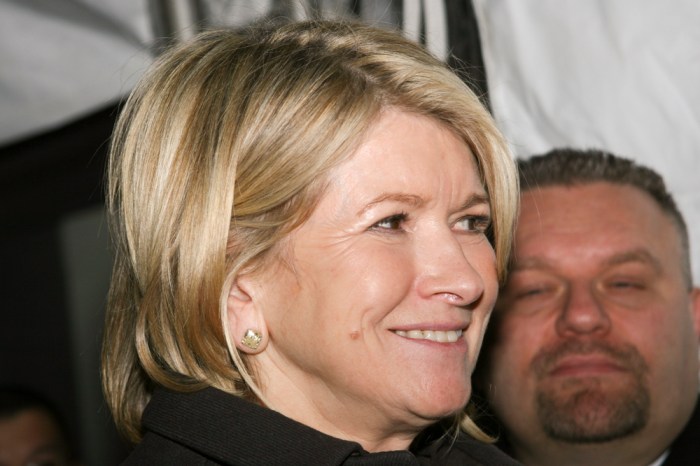 After a lengthy delay caused by her concerns over signing the release all guests sign before coming on the show, Martha Stewart came into the studio. Howard wondered if there were any men in her life right now and she said she was dating the man who created Microsoft Word and Excel, although they had no plans to get married. Martha next claimed she had no “real friends” after she spent time in jail, and also mentioned she was disappointed Howard never came to visit her behind bars. Martha went on to say she felt the ordeal was “horrible,” but that she doesn’t have nightmares because of it. Martha added, though, that she was kidding earlier and there were, in fact, people who stood by her throughout her legal troubles, and that she was eternally grateful for their support.

After Martha pointed out she couldn’t fraternize with any felons given the fact that she was on probation, Artie felt compelled to tell her he was a convicted felon and offered to leave the studio to keep her out of trouble. Martha assured Artie, though, that his departure wasn’t necessary, but, to play it safe, she’d inform her probation officer about him.

Donald Trump vs. Martha Stewart Feud Comes to a Close