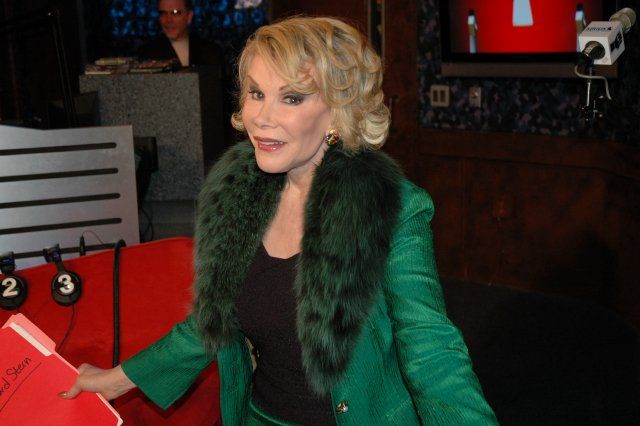 Gary introduced the next clip by recalling Howard was hired by Fox in the late 1980s to do five television pilots, but they weren’t picked up by the network. As an attempt to make up for their decision, Gary added that Fox asked Howard to be on the talk show that Arsenio Hall was guest-hosting on the network at the time – which was not “The Arsenio Hall Show” – but that Howard had other ideas for his appearance. In the clip, as soon as Howard came on the stage, he referred to Arsenio as “Eddie” while acknowledging he didn’t know who he was. Howard next told Arsenio that Fox “blows” before talking about how the network signed him to “a big contract” only to not give any of his shows a chance. When Howard went on to say he blamed Fox for the death of Joan Rivers’ late husband, Edgar Rosenberg, Arsenio asked if it was time for “a break.” Howard went on to take shots at Rupert Murdoch, the program’s set and the questions Arsenio asked him, including ones about his feelings on Phil Donahue and the NFL strike that was taking place at the time. Howard also announced his loyalties were to David Letterman and recommended people tune into his show instead of the one Arsenio was hosting. After the clip was finished, Gary mentioned that the studio audience didn’t know who Howard was because the show was taped in Los Angeles and Howard wasn’t broadcasting in that part of the country yet. Although Ralph said he felt like Howard ended up “winning the room over,” Gary told him he didn’t agree, and pointed out the crowd was “pro-Arsenio” throughout the interview. Richard then commented that, because the show was on a delay in Los Angeles, he was surprised Howard’s entire segment wasn’t taken out of the program because of how confrontational he was with Arsenio.