Blue Iris Calls to Say She’s out of the Hospital 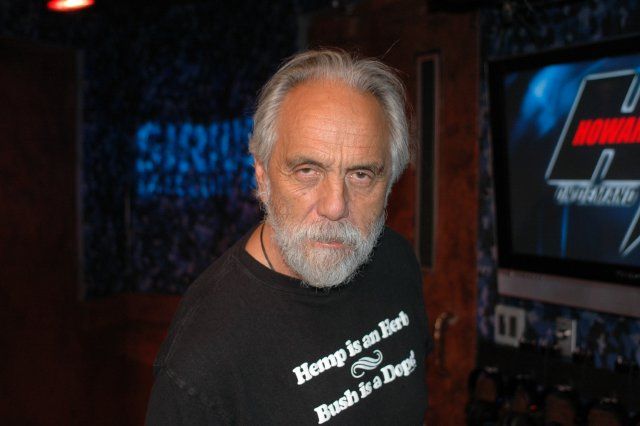 Tommy Chong came by the studio today to talk about his imprisonment for conspiring to sell bongs and to promote his new book, “I Chong.” Tommy said that if you look back to the Nixon administration they didn’t like him back then, and his stint in jail is just the culmination of many years of a repressive government. Tommy said he met an alleged former speech writer for Ronald Reagan in jail, who claimed that Ron allegedly smoked weed, even though Nancy headed up the “Just Say No” to drugs campaign.

Tommy said that the contrast of his nice life before jail to his first night spent in the joint was very shocking. He said that it was a tough time for him, especially that first night, but he made it through nine months behind bars. He said that one of the guards would constantly hit on his wife when she came to visit him. He apparently made her change outfits and made her twirl around to show him what she was wearing. He said that that was the only real power the guards had over them so some of them were really mean.

Howard said that there should have been rioting in the streets protesting something so ridiculous as Tommy going to jail over “conspiring to sell bongs.” Tommy said that he’s out of the bong business but he’s still making small pipes, but cautioned that they’re just for tobacco use only. He said that the last guy he allegedly smoked with was Tom Green. He said that he did a show with him, then went back to his house with him and smoked in his “weed room” in the back of the house, and said that he had a great time with him.

Tommy said that he’s on a self imposed hunger strike, but with smoking weed, in part because of a bronchial condition he’s developed, but also in part because of the stupid, outdated laws against marijuana and paraphernalia in America. Howard said that it’s so ridiculous that housewives across America are hopped up on every available prescription drug and there are people like Rush Limbaugh who don’t go to jail when their drug dependencies are discovered. 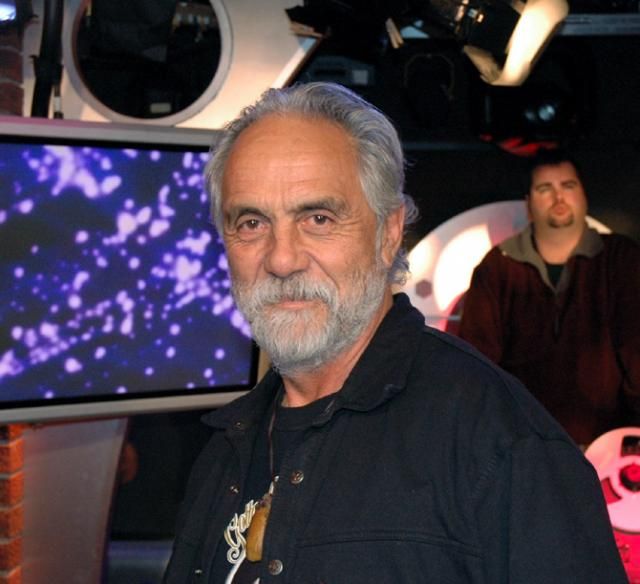 Tommy said that Bruce Springsteen used to open up for Cheech & Chong back in the day, and that’s where he originally unveiled the E Street Band. He said that he’s allegedly gotten stoned with all of the Beatles except for Paul, Tony Dow from Leave It to Beaver, and Jimi Hendrix, only Jimi was doing “other things” while Tommy stuck to weed. He said that he and Cheech Marin are currently not speaking for the time being, and only communicate through lawyers. He said that he wants to do a play based on their hit movie “Up In Smoke,” and apparently Cheech also wrote a treatment for a play based on the duo’s career. Tommy revealed that the duo stopped doing movies together because Cheech was offered the “Born in East L.A.” role and he took it.

Tommy wouldn’t reveal any of the hot chicks he’s been with before his wife, but did say that he was never really into famous women (although he had a few). Tommy’s a big supporter of the art of dance, and said that he loves Salsa and Tango. He said that if a man learns to dance the Tango, he’ll have women lining up to dance with him and then he will be able to do whatever he wants. Tommy claimed that Salsa dancing could solve the problems of the world if young kids would just learn it because it calms you down and “the beat heals what ails you.”