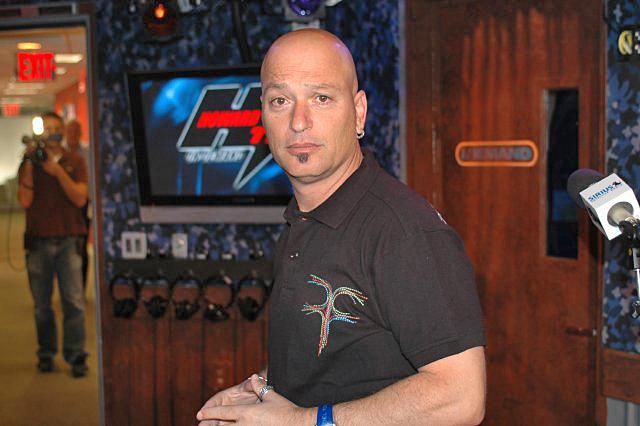 Howie Mandel stopped by to talk about tonight’s premiere of “Deal or No Deal.” After mentioning that this week’s premiere of “Deal” had a top prize of $6 million, Howie complained that the stains on the couches in the Studio 69 green room meant he couldn’t sit on them. Howie then admitted his obsessive compulsive disorder was as bad as it has ever been, and was doubtful of Howard’s claim that he was able to cure himself of the “rituals” he once suffered as a result of the condition. Although Howie didn’t think anyone could actually get rid of his OCD, Howard insisted he had, and that the problem wasn’t chemical as many sufferers believe. As Howard continued trying to convince Howie that he could beat the condition, Howie replied he had been in therapy for years, and would therefore be “embarrassed” if his problem was cured on The Howard Stern Show.

Howie said he and his wife have been married for 20 years, and it was because of that, plus his fear of germs, that prevented him from ever making any moves on the models who appear on “Deal.” Howie mentioned he was in England last month and had to take a private plane out of the country to avoid the terrorism threats that were surfacing at the time. Howie went on to admit he wasn’t sure why the producers of “Deal” wanted him to host the show to begin with, but said he’d stick with the show for as long as he could because they paid him really well and the work was really easy. Howie next noted “Deal” would be airing multiple times per week, which led Artie to guess he was making $100,000 an episode. Although Howie wouldn’t comment on Artie’s estimate, he acknowledged he wasn’t worried about the show being played too often because of the money he earned for each broadcast.

Robin asked Howie why he had a red string on his arm, which he said was because a man in Europe put it on him and claimed it would bring him good luck. Howie then admitted he didn’t like the way the string looked, but added he couldn’t bring himself to take it off out of fear of bad luck. In fact, Howie was so adamant that he didn’t want the string to be taken off that he warned Howard he’d walk out of the studio if he tried to remove it as Howard threatened to do. Because of Howie’s reaction, Howard pointed out his OCD was worse than he originally thought, and informed him he “felt bad” for the amount of time he spends dealing with his condition. Gary then came into the studio and reported Howie had to leave for other interviews he had to do, but, before he did, showed him a picture of Beetlejuice having his pubic hair removed on the couch where Howie was sitting. Howie then said the picture bothered him, but also pointed out he wasn’t sitting on the same spot as Beet, so he wasn’t too concerned about it.