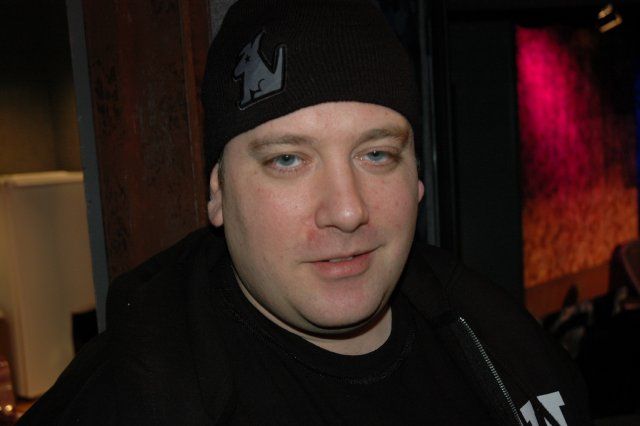 Howard played a clip of Anna Nicole on the show years ago, claiming she could never have sexual feelings toward Howard K. Stern, referring to him as being “like a brother” to her.

Once the clip was done, Robin admitted she “laughed hysterically” when she heard Howard K. Stern was claiming to be her baby’s father given what Anna Nicole had admitted to on the show.

Howard then played another tape, this one of Benjy and Anna Nicole going into the KROCK studio’s bathroom so he could perform oral sex on her. While the tape was playing, Benjy recalled he and Anna Nicole kissed in the bathroom, but that he wasn’t able to perform orally on her because she was “menstruating” at the time.

Benjy added he felt badly when he heard about Anna Nicole’s death, and Howard told him he actually considered calling him over the weekend to see how he was.

Benjy proceeded to say he and Anna Nicole went on a “date” at her hotel room following their time in the bathroom, but that he didn’t get anywhere with her then either.

Howard then played more footage from “Larry King Live,” which featured Chyna Doll admitting Anna Nicole refused to talk to her even though she tried to keep in contact with her after they filmed a movie, “Illegal Aliens,” together. However, Monique stated again that Anna Nicole didn’t like Chyna, and that she often referred to her as “a stalker” whenever her name came up.