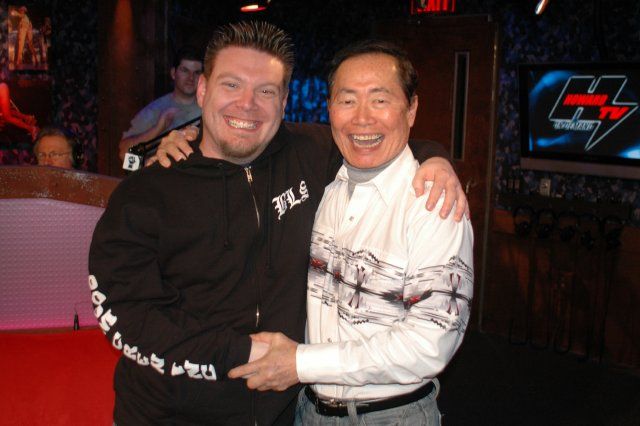 Before Robin got to her news, Howard had Philadelphia radio show host and writer of “The Sulu Dance,” Kidd Chris, stop in to meet his “hero,” George Takei.

As Howard played “The Sulu Dance” in the background, Chris told George that he was also responsible for prank calling him as Ricardo Montalban and Louie Anderson.

Chris went on to say he got George’s phone number from one of his fellow disc jockeys, and added he thought George sounds much “happier” after coming out of the closet.