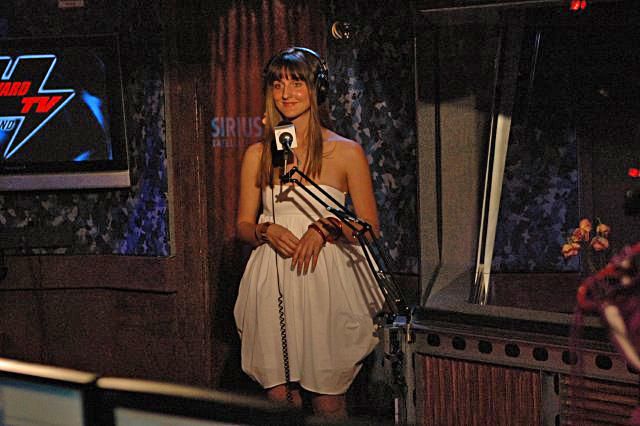 Following a break, Artie announced the girls’ manager, Leah, approached him after the segment and asked him on a date.

Artie then revealed the two agreed to talk later in the day, and Leah came into the studio to remind Artie she had expressed an interest in him during the girls’ first appearance on the show last year, but that he couldn’t act on it because he was involved with Dana at the time.

Leah went on to say she liked Artie because she was attracted to “bigger men” with “curly hair.” Leah proceeded to claim she was “a sex addict” who loved performing oral sex on men, even though she added she hadn’t had sex in more than a year.

Artie then told Leah that he’d lied to her during their conversation in the hallway when he said he had a comedy gig in Philadelphia tonight, and that he actually had a date lined up with his female friend in the city. Artie then admitted he didn’t know why Leah wanted to date him given how attractive she was, but Robin insisted he not sabotage the relationship before it started.