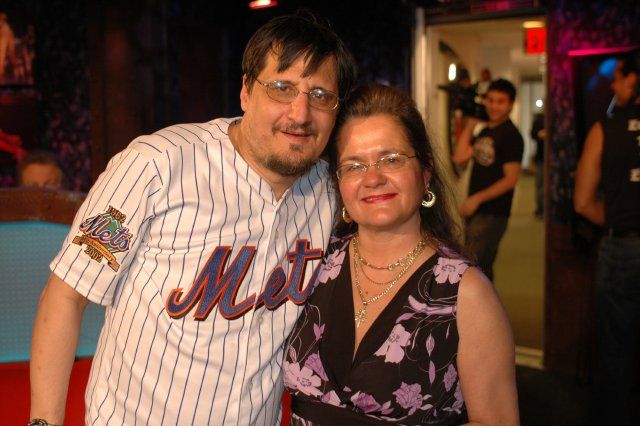 Elephant Boy and his girlfriend, Mary, stopped by to talk about their relationship. Mary started by noting she and Elephant Boy had been together for 16 years, not counting their brief breakup when he “turned gay.”

Although Elephant Boy insisted he was now “all man,” Artie pointed out that the New York Mets shirt he was wearing today suggested otherwise. Howard went on to play a clip of the audio message Elephant Boy placed with a personals service years ago when he was looking for “a couple” to be with sexually.

However, Elephant Boy said he’d matured since then, and was committed to Mary. Howard next asked if Elephant Boy and Mary planned on getting married, but Mary said, at the moment, she was too tied up figuring out her workers compensation papers to worry about such things.

Howard reminded Elephant Boy about the time he admitted to, not only having crapped his pants prior to arriving at an appearance with Gary at a car dealership years ago, but also staying there despite his condition and attempting to clean himself off with a nearby tarp.

After Gary reported everyone avoided Elephant Boy that day because he smelled so bad, Artie acknowledged he would skip Game Seven of a Yankees-Red Sox playoff series if he’d gone to the bathroom in his pants on his way to the game.

Elephant Boy went on to say he tried to clean himself in the car dealer’s bathroom that morning, and that he had to throw away his underwear because they were so dirty. As Elephant Boy continued the story, Artie noted that no matter how long ago the incident occurred, he was sure Elephant Boy “still wasn’t clean.”