This is one of those times 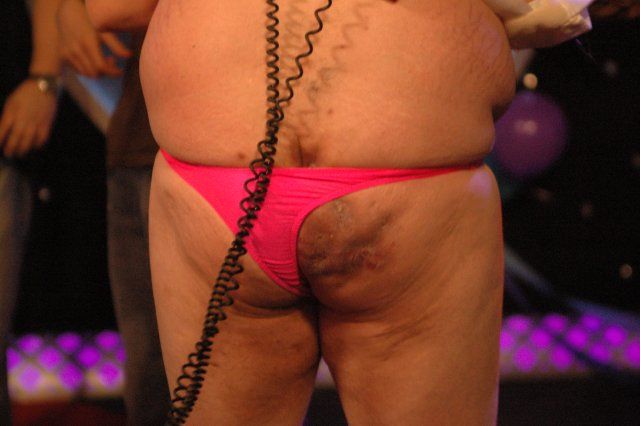 Jeff the Drunk called in to report that the hospital was sending him home soon, despite the fact that he really wanted to stay because his wound was still healing. Howard then noted that he had pictures of Jeff’s wound and they were the most disturbing things he’d ever seen.

To prove it he showed Robin and Artie, who were both repulsed, even Robin who was once a nurse thought they were disgusting. Jeff added that they were sending him home with a wound vacuum that would “suck the ass juices out” and a nurse would visit three days a week to change his dressing – but he still wished he could stay at the hospital. Artie made a joke about Jeff jumping off the roof of the hospital but then went on to say he knew Jeff would live forever like a cockroach.

A Caller with a Million Questions

A caller asked Howard if he had any news about the proposed Sirius/XM merger, which he didn’t. The caller then asked if Howard knew who would run the proposed company and Howard responded that he would be the one in charge.

The caller also wanted to know if he thought the government will use the merger as an opportunity to censor satellite radio, but Howard assured him that that would never happen because censoring a pay service like satellite radio would be unconstitutional.

Finally, the caller asked what Howard thought about rumors that the Mayor of New York, Michael Bloomberg, might run for president. Howard thought Bloomberg would be a great president and then launched into a criticism of term limits, calling them asinine. Robin disagreed, pointing out that politicians had the ability to affect the outcome of elections through re-districting and could, therefore, lock themselves in office. Howard countered that he still thought they were ridiculous because what other job requires you to leave just when you’re starting to get somewhere.

As an example, Howard asked if Robin thought Mel Karmazin was doing a good job running Sirius, and, when she said yes, Howard asked if she would then be ok with him being replaced – but Robin thought that wasn’t a good example. When Fred agreed with Robin, Howard asked him how long he’d been doing his job and when he answered, Howard told him his term was up and then insisted they take a break before Fred could reply.