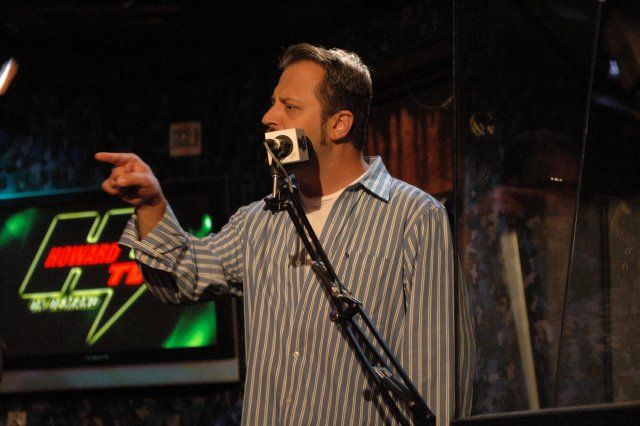 Sal said he was “sick of emotional friend bullshit,” adding that women who make emotional friends are cheating just as much as if they had sex with another man. Everyone agreed that Sal was talking about his wife, not “women.” Howard reminded Sal that he’d attacked Will for making these same arguments just last week. Robin speculated that Sal seemed to be coming out of shock and was just now coming to terms with his anger. Sal replied that he wanted to live like a man, not an employee. Robin asked if Sal was ever going to have equal standing in the marriage, and Sal responded that intimacy wasn’t returning fast enough. Robin told Sal that he needed to be more patient, and Howard agreed, saying Sal will have to suffer for a quite a while. Artie said he and Dana broke up because unlike Sal, they didn’t have kids to motivate his patience. Sal replied that he was working really hard but was feeling underappreciated. Gary came in to ask if Sal’s wife was taking enough responsibility for what happened. Sal said she was not. Howard told Sal it was going to take time, and Robin remarked that Sal’s marriage would probably get better someday, but probably when he least expected it.