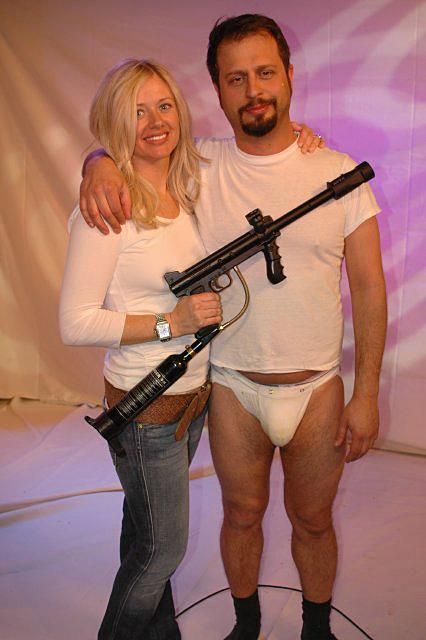 In response to an email request, the crew updated everyone on some personal details:

• Howard said his dog Java was still alive and kicking, but she lives “in the house she’s always lived in.” Howard explained that he didn’t want to be “the asshole who took the dog,” and noted that he was bummed out recently when one of his daughters told him that Java has been developing a touch of arthritis.

• Artie confessed that he hasn’t talked to Dana in a long time, but added that he would still choose to save her over Robin, because if no one was around afterward, he could force himself on her. Artie then revealed that the relationship failed because he was so focused on getting high, and as a result, Dana didn’t get much attention.

• Gary admitted that during recent time off due to a “personal problem,” he was really dealing with some issues concerning his mom.

• Sal came in to say his wife has dropped all contact with her emotional friend, but they’ve quit couples counseling. They still talk, but they “don’t get that deep into it.” Sal added that he has had a (not so) hard time in the sack lately, so he might go get some Viagra. He can jerk off, but when it comes to sex with his wife, he psyches himself out because he has “so much to prove.”