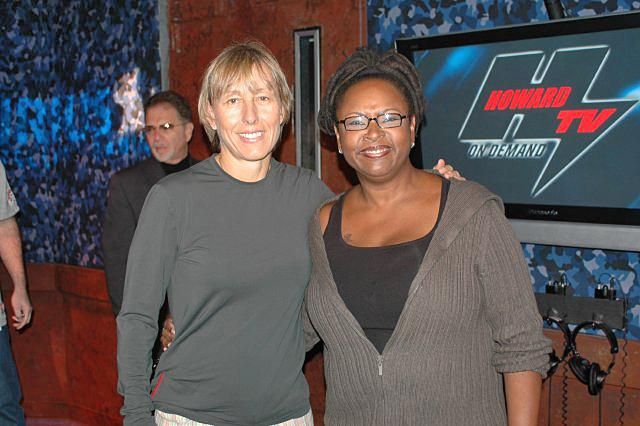 Robin told the guys that Martina could call the line faults on sight, even from her seat. The guys speculated Martina must’ve been discussing all the attractive females on the tennis tour, but Robin claimed Martina “wasn’t like that.”

JD Harmeyer came in to say that he saw Robin only once on the HD broadcast of the match.