Duo visits to promote a new tour and DVD 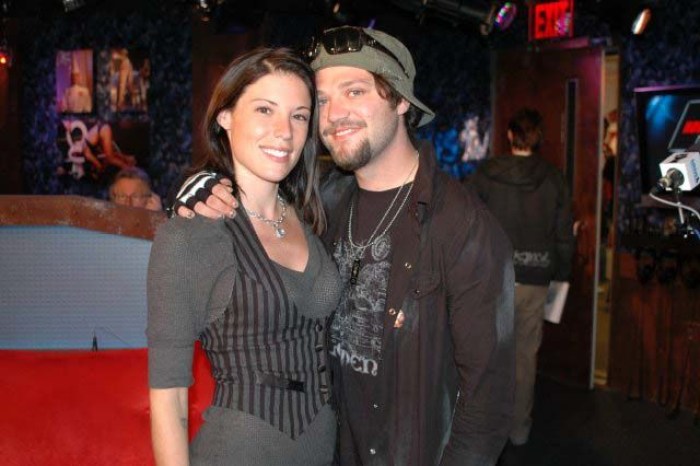 Bam Margera and his wife, Melissa, stopped by to promote his “Viva La Bands” CD & tour and “Jackass 2.5,” a combination DVD of new material and bits that didn’t make it onto “Jackass 2.” Bam said he just ripped out two of Don Vito’s teeth with his Lamborghini (at full speed) and had them replaced with vampire fangs. Howard told Melissa that the nude pictures Bam took of her looked amazing, so Bam explained how they were only supposed to be topless shots that were to be used, but that full nudes from the shoot were leaked. Melissa denied that she and Bam almost broke up, but Bam explained it was half true; he went on a crazy bender that ended with him missing Melissa’s birthday. Afterwards, Bam decided to go to rehab, but when he stopped in Denver for a layover, he ended up deciding to drive cross-country instead (on the recommendation of Bret Michaels, “to clear my head”). Howard said Bam was crazy, but he’s the Hulk Hogan of today.

Bam noted that he bought 14-acres of land in West Chester County, Penn., but it turned out that the stalker-ish (and complaint-prone) township supervisor lives across the street.

Bam also explained Don Vito’s legal troubles, saying his Uncle had simply signed an autographed for a girl and the whole thing was a misunderstanding. Bam then told Howard about getting a ticket for swearing and having a car that was too wide for a parking space.