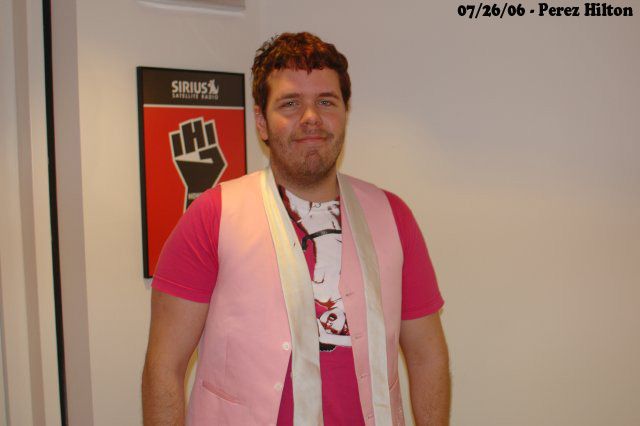 Howard got Chris Crocker (of Britney-defending YouTube video fame) on the phone. The 19-year-old explained he was upset with the criticism Britney has suffered at the hands of the “keg-bellied” Perez Hilton. Chris added that he wanted “to give a voice to Britney fans everywhere.” Howard and Robin asked Chris if he ever was institutionalized, but he claimed he had not been. Chris also told Howard that he was a “top” and very attracted to him. Chris then noted that he thought Britney was the best singer of all time, so Evil David Letterman and “Ozzy Ozbourne” told him he was wrong. Chris said Britney was a “national treasure,” which led Howard to say that Chris must be very gay.

Joey Boots called up to ask where Chris lived, because he wanted to hook up with him. Chris refused to reveal where he grew up, saying he only refers to his town as “Real Bitch Island.” Howard speculated that Chris must’ve had a hard time in high school, so Chris explained that he was homeschooled after being harassed by a homophobic high school gym coach. Chris also revealed that he hoped to parlay his YouTube success into an acting career.

Howard asked Chris what his fantasy was, so Chris told him that he’d like to take a bath with Howard behind him. Chris added that he had a problem with the fact that Howard shaves his pubic hair, as he likes having something he can bury his head in. Howard and Robin thanked Chris for his time and told him they looked forward to hearing from him in the future. Howard then remarked that he had to watch the rest of Chris’ videos.