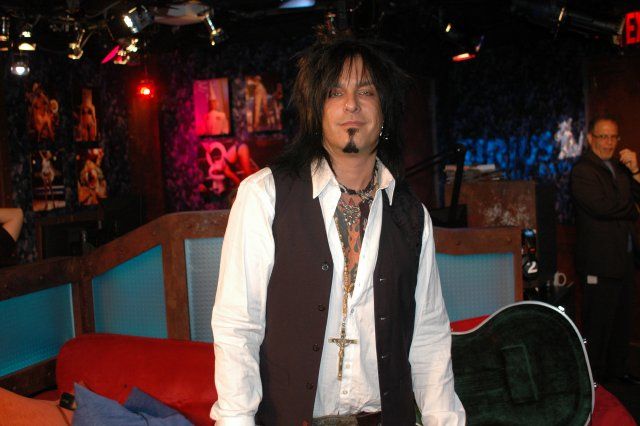 Nikki Sixx came in to promote his new book, “The Heroin Diaries,” and Howard asked him if he had any tattoo-regret. Nikki marveled at the new studio and said he loved his tattoos, but added that he did have some marriage regret; he’s in the middle of divorcing Donna D’Errico. Nikki said most girls run from him now because he immediately tells them that he’s had a vasectomy and never getting married again. Nikki remarked that he had a vasectomy because he was no longer interested in traveling with a diaper bag, and Howard agreed. Robin predicted that Nikki would have the vasectomy reversal procedure, so Nikki retorted that he was going to get a second vasectomy to make sure the first one took. Nikki then described the procedure, noting that the only bad part was when they stuck a needle in his testicles.

Howard asked Nikki what broke up his marriage, so Nikki described how his troubled youth has shaped his attitudes as an adult. Nikki went to rehab to change those attitudes and atone for some of the things he’d done in the past. Nikki expressed frustration with the way his lawyers have pressured him to act and publicly comment during his divorce trial. Howard wondered what Nikki’s obsession with vomit was, but Nikki denied he was obsessed – it was just a part of an intravenous drug user’s life. Nikki noted that he even once used toilet water to shoot up in a Denny’s bathroom stall. Howard marveled at a story in Nikki’s book where he lined up six women and had sex with them as he snorted coke off their backs. Nikki then noted that it wasn’t a book for his daughter.