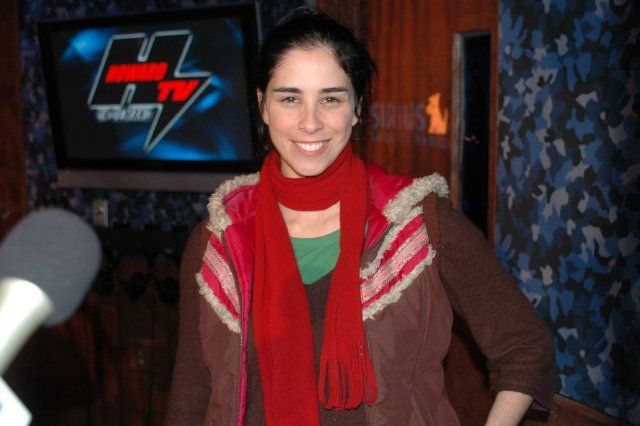 This led to a discussion about Jimmy’s penis, with Sarah reporting the hole in it started “healing” at one point “because it thought it was a cut,” and that the condition had to be repaired with the insertion of “metal rods.”

When Howard noted he couldn’t picture Jimmy and Sarah having sex because of how smart she was, which she responded to by saying she acted “more womanly” during love making.

Sarah acknowledged she played Scrabble on the Internet all the time, and that one of her most frequent opponents was Alyssa Milano. Sarah then mentioned she and Alyssa lived in the same building and that she introduced Alyssa to the game. Sarah also admitted she considered herself “a nerd” because of the fact she and Alyssa chose to play Scrabble on their laptops even though they lived “10 feet apart.”

Howard proceeded to play another clip from “The Sarah Silverman Program,” which caused Sarah to say she hated her voice. Howard responded by joking that he found Sarah’s voice annoying as well, but Robin assured her that she felt her voice in the clips was an act and not the way she sounded this morning.

Sarah admitted she had a lot of hair on her body, which she said was one of the reasons she didn’t wear thongs very often. She admitted she has to shave her thighs but that she “lucked out” in terms of not having a mustache.