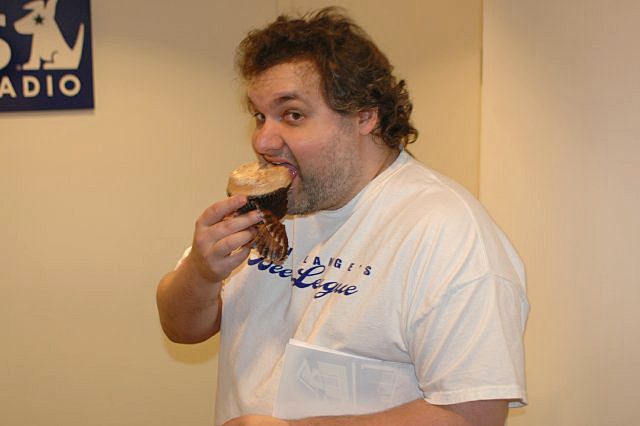 Howard welcomed everyone back from the weekend noting that Artie had some “healthy drinks” this morning, so Artie explained that he just had black coffee (no Macchiato, no sugar) and water. Howard saw that a Hawaiian Punch was sitting on Artie’s desk as well, but Artie claimed he just didn’t want to be wasteful. Artie then complained that his bagel didn’t have enough butter on it, pointing out the dry spots to the rest of the crew. Artie confessed that he had a hard time not eating during the World Series yesterday, because he’d only had an egg white omelet with peppers and mushrooms for breakfast and a turkey-on-rye with sautéed spinach for dinner. Artie then revealed that he was upset about A-Rod leaving the Yankees, telling A-Rod not to let the door hit him in the ass on the way out. Howard and Artie agreed that A-Rod wasn’t after a World Series ring, just the money.