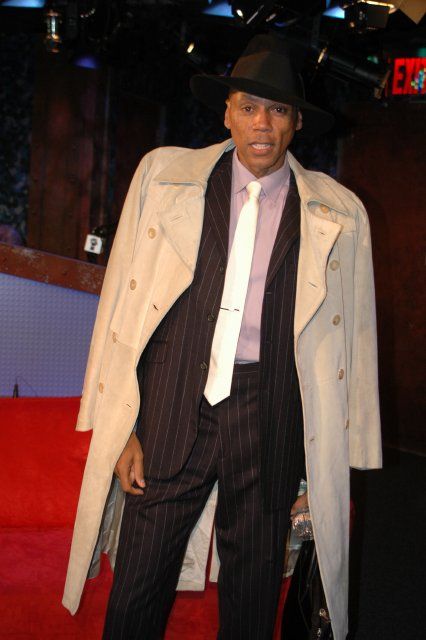 Renowned drag queen, RuPaul stopped by to promote his upcoming club appearances, and Howard was disappointed to see that RuPaul wasn’t dressed as a woman. RuPaul said he loved being a drag queen, because age had no effect on his act; it’s still funny if an 80 year-old man dresses up at a woman and says, “You better work!” Howard noted that RuPaul started dressing up in drag while he was in a punk band, and RuPaul explained that drag gave him an “odd sense of power” and was an instant hit with his band’s fans. Howard asked RuPaul about the infamous exchange he had with the late Milton Berle at an award show, so RuPaul remarked that he wished he’d never said anything. RuPaul added that Milton had a bunch of punchlines ready to go – all at his expense – so he came back with a crack about Milton needing Depends diapers. Howard wondered if RuPaul’s childhood was difficult, and RuPaul claimed he was so oblivious, he had to be told by other children that he was a “sissy.”

RuPaul told the crew about the difficulty gay men encountered in the black community, noting that he even turned to prostitution and drugs to get by. Howard asked RuPaul about the heights of his success, so he recounted stories about being crowned “The Queen of Manhattan,” had a hit song, and was now a millionaire thanks to his club appearances. Howard asked RuPaul about the process of dressing in drag, so he explained that the 4-hour process involves using Lady Footlocker socks for padding, “tricks” to give the illusion of actual cleavage, and matching his “boob” size to the current (and apparently oft-fluctuating) size of his ass.

Artie confessed that he worked with a friend of RuPaul’s on MadTV, a “hot” hairdresser named Michelle – who turned out to be a man. RuPaul said she knew Michelle very well from the club scene and expressed surprise that it took Artie several months to realize she was a he. Artie said he never tried anything with Michelle, but he could remember speaking with her as if she was a woman. RuPaul explain that Michelle is a woman, she just happened to be born with the wrong equipment. A caller presented RuPaul with an f-marry-kill scenario: Artie, Fred, or Benjy. RuPaul said he’d marry Benjy (because of the “connection” he felt when looking in Benjy’s eyes). Benjy admitted that he sensed a “lovability” about RuPaul, so RuPaul told him that he’d like ignore Artie and Fred and instead spend all three options (f, marry, and kill) on Benjy.