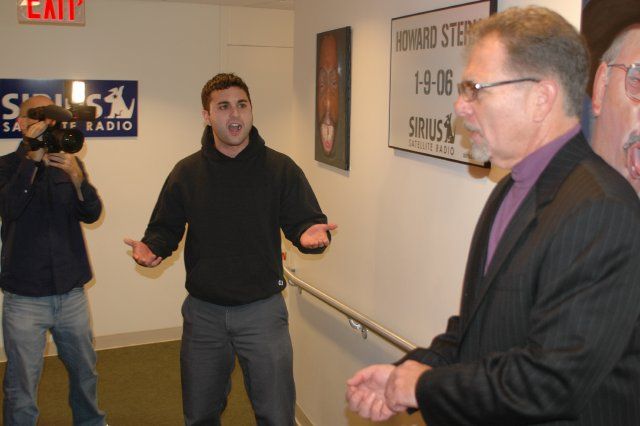 Howard noted that Ronnie was flipping out on Gregg from HowardTV in the halls, so Ronnie came in to say Gregg was trying to bust his balls by filming him in the hall. Gregg came in to suggest that Howard check the tape, as he was just filming a post-interview with Angelique and Emil. Gregg explained that Ronnie started swiping at the camera during the post-interview because he was on the phone in the background. Gregg said he was only doing his job by filming Ronnie’s outburst, even if the outburst was directed at him, and again suggested that Howard check the tape. Howard then played the tape and ruled that Ronnie was out of line. Ronnie said he wasn’t wrong and claimed Howard would never take his side in any dispute, but Howard thought Ronnie shouldn’t get so bent out of shape when he was wrong for taking a personal phone call in a common area in the first place.