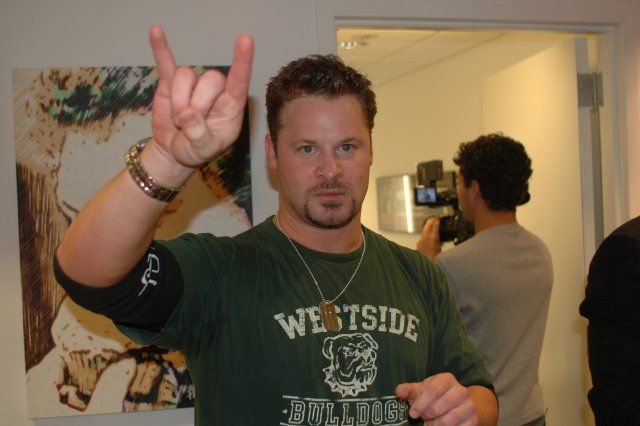 Howard got K.C. Armstrong on the phone, and K.C. immediately joked that the show discovered Richard when he would send in parody songs about K.C. being gay, but now he runs around all day playing “grab-ass” with Sal. Howard admitted that it was odd and played a clip from yesterday’s Wrap-Up Show of Richard talking about his Brad Pitt poster collection (including “Interview with a Vampire” and “Legends of the Fall”). Howard began listing other reasons why Richard might be gay; his favorite porn star is Peter North because Peter shoots big loads, he reunites with an old friend by texting him while they watch synchronized DVDs of “Interview with a Vampire,” and he makes creepy calls to Will when he’s drunk. K.C. then reported that he was doing color commentary for a new bare-knuckle fighting league in Brazil (“Rio Heroes”) and told everyone to watch tonight.