Musician also performs a song off his new album 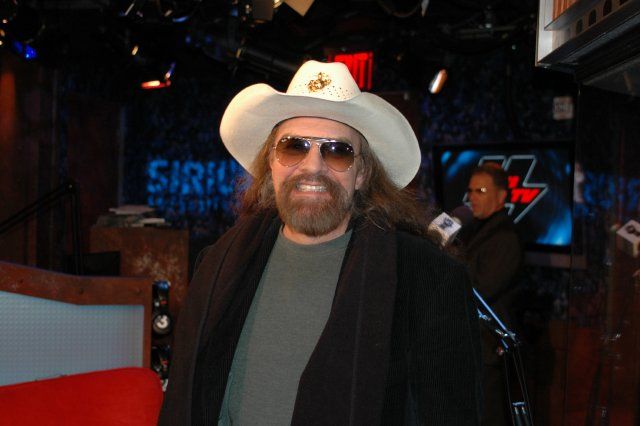 Artimus Pyle, the former drummer for Lynyrd Skynyrd, stopped by the Stern Show on Monday to discuss his time with the legendary Southern Rock band as well as his current group, the Artimus Pyle Band.

The musician famously survived the 1977 plane crash that killed several of his bandmates, including Ronnie and Steven Van Zandt. In addition to talking about that crash, Artimus told Howard his father and his father-in-law died in separate plane crashes as well.

The rocker added he was initially hesitant to fly after the fateful crash he endured, but these days he no longer has a fear of flying. Artimus also remembered he was playing Pong on the plane just prior to the crash, and that the band had auditioned 30 pilots to fly their private plane for that trip. Artimus went on to say the pilots that day were responsible for not checking just how little gas their plane had on board – which he said was the cause of the crash – but that he didn’t blame them, seeing as they “paid the ultimate price” and were killed during the crash, too.

Artimus said the plane was only 60 miles from its destination in Baton Rouge, Louisiana when it went down. He told Howard he never lost consciousness during the ordeal and that he and his bandmates were quietly praying to themselves as the plane went down. He proceeded to say Ronnie shook his hand as the plane was going down, and that he took the role of stewardess advising everyone on the plane to conserve all the energy possible so the pilots could use it in an attempt to land.

Artimus said he wouldn’t have put the plane’s landing gear down as the pilots had, seeing as they were attempting to land in a field, but he also acknowledge he wasn’t sure whether that would’ve made a difference either.

He told Howard there were 26 people aboard the plane and that six of them “died on impact.” Artimus said Ronnie was killed by “a single blow to the head” from a piece of music equipment, which he thought was ironic.

Artimus recalled that, once he knew he wasn’t badly injured in the plane crash, he went for help, walking through “black water” and encountering snakes on his way. He eventually saw land with cows on it and, because his legs were hurt, had to “roll over” the barbed-wire fence protecting the land. Artimus said he approached the farm covered in blood and was shot in the left shoulder by the 19-year-old son of the farm’s owner, largely because of his appearance. The shot was so powerful it “spun him around.” Artimus said the shooter realized his mistake as soon as he yelled “plane crash” while falling to the ground.

Artimus quit the band following the crash. Despite being a member of the “original” Lynyrd Skynyrd lineup, Artimus told Howard he thought Ronnie would’ve had the same success no matter who was in the band with him. So he considered it to be Ronnie’s band and quit after his death.

Before leaving Artimus talked to Howard about his new album, “Artimus Venomous,” and played a song from it called “Bloodsucking Weasel Attorneys.” Before getting into the tune, Artimus explained he knew there were “good attorneys out there” but said this particular song focused on the lawyers who “drained” him during a recent trial.