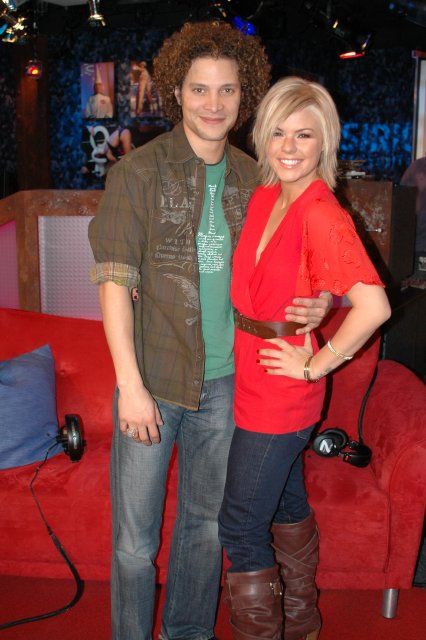 Howard went on to point out he thought it was difficult for “American Idol” to find a good-looking woman who could sing, but Justin commented he felt Katharine McPhee and Kelly Clarkson were exceptions to the rule. Justin then denied that he and Kelly, who starred together in “From Justin to Kelly,” had ever dated, even though he admitted he was always attracted to her.

Never Too Young Too Start

Justin claimed he lost his virginity when he was very young, and that he and his partner, who was the same age as him, learned what to do by reading a book.

However, Justin added his next experience wasn’t until he was in college, and proceeded to insist he wasn’t wild sexually now, even though he had more opportunities than ever thanks to his time on “American Idol.”

When Kimberly admitted she was once arrested for drunk driving, Artie told her she was “seven bad movies away from being Tara Reid.” Upon hearing that, Justin started chanting “Beerfest” as a supposed insult to Artie, but Artie informed him that he wasn’t even in that film, and that his movie was called “Beer League.”

Kimberly then reported she’d been with fewer than 10 men, lost her virginity at 15 years old, and had her second sexual experience at the age of 18.

Howard then took a call from “Kelly – who’s High Pitch – Clarkson,” but, as soon as “she” told Justin that he “looked tight” during their time on “American Idol,” Howard hung up on “her.”

When Kimberly reported she wasn’t wearing panties and masturbated on a regular basis, Richard came in with a sex toy to see if she’d put it in her mouth so she’d “stop talking.”

However, Kimberly refused Richard’s request, and subsequently yelled “Goodbye!” to several callers who asked her explicit questions about her personal life.

After Howard asked George what he thought of Justin’s appearance, he replied that he thought Justin was “beautiful,” and that he would’ve been interested in dating him if he was closer to Justin’s age. Sal then came into the studio claiming to be “a huge fan” of Kimberly’s, and asked her for her autograph. Howard told Kimberly, though, that Sal was just trying to get her with his exploding-pen gag, and demanded he leave the room.