Darrell Hammond: An Impressionist In Black

Darrell Hammond: An Impressionist In Black 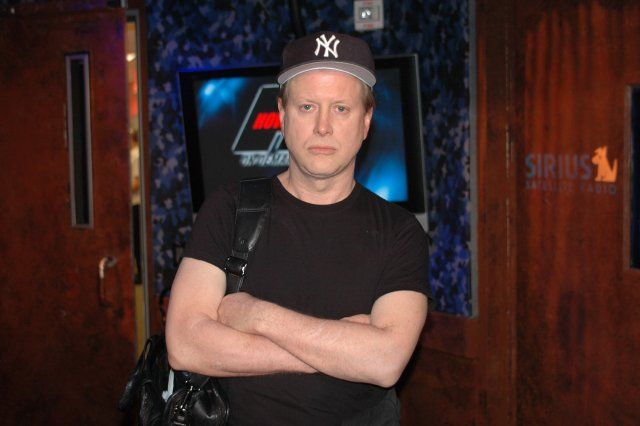 Howard asked Darrell if he was still married. Darrell said he wasn’t sure and admitted that he’d married his wife twice. Howard was surprised that Darrell wasn’t sure about the state of his marriage, and asked Darrell when he negotiates his contract for the next season of SNL. Darrell said negotiations were coming up soon. Howard asked Artie what he thought Darrell was asking for per episode, and Artie predicted anywhere between 20 and 100 grand per episode.

Darrell remarked that he’d broken his nose three times because he “used to drink a lot.” Howard asked Darrell why he wore so much black, and Darrell said he was honoring a friend who died.

After Darrell did his Jay Leno impression, Howard remarked that Jay had gone behind his back to steal Stuttering John. Howard said Jay called him later and asked him if they were still friends, so Howard told him that if he can get pissed about Rosie O’Donnell stealing “Tonight Show” staffers, then Howard is allowed to think that Jay was sneaky. Jay didn’t get it, and asked again if they were friends. Howard said he could tell Jay wasn’t listening, and noted that it was the last conversation they had.

Howard then claimed Jay was a robot, as he doesn’t seem to have a soul. Howard noted that Darrell looked uncomfortable, and Darrell said he was nervous about the Jay Leno discussion because he doesn’t want any enemies.

Howard pointed out that Darrell had nothing to do with his problem with Jay. After Darrell left the studio, Gary said Darrell walked out with a sigh. Artie admitted that as long as Jay hosted the Tonight Show, he still had a lot of power in the comedy community.