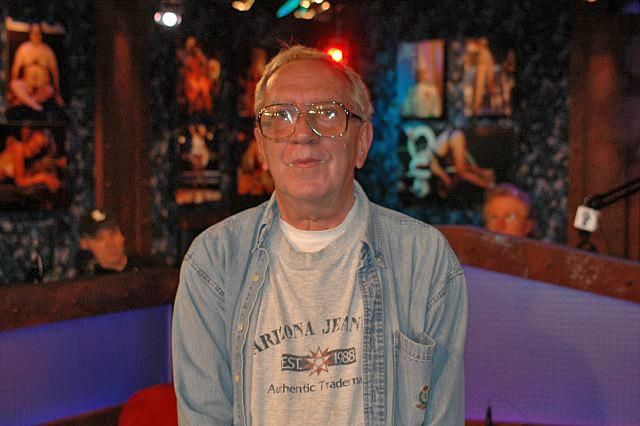 Howard brought in Donald Taylor, a gay man who claims Elvis once blew him.

In his book, “One Gay Man”, Donald also claims to have had sex with Orson Welles, James Dean, Lenny Bruce, Steve McQueen, and Charles Manson. Donald said Lenny Bruce and Charles Manson were the best. Donald explained that he met Elvis when he was staying at the Beverly Wilshire hotel, where Donald was a waiter. Elvis would always ask to be seated at Donald’s table after learning that Donald was from Tennessee.

After one meal, Elvis offered Donald a ride home, and they ended up having oral sex. Donald said Elvis had an uncircumcised penis, and was very loving. Donald then claimed to have tossed Elvis’ salad as well. Donald then claimed that he hooked up with Steve McQueen in 1972 and added that Steve was a bore sexually. Howard said that Donald’s book says that Charles Manson had a huge bush. Donald said this was true and admitted exchanging “dark chocolate bars” with him.

Charles also liked watersports, Donald said, adding that James Dean was another fan of poo-play. Howard ran down a series of Donald’s other claims; that he was blown by the Duke of Windsor, 69’d both McQueen and Manson, and hooked up with Anthony Perkins.

Donald also claimed that when he was 15, he earned a $100 for f’ing Orson Welles in the ass. Gary came in to read a passage from Donald’s book about blowing an unconscious John Payne.

Howard asked Artie what he would do in if he woke up to a guy blowing him. Artie said they would soon switch places.

A series of callers questioned the validity of Donald’s claims, and one asked if he could come in and talk about his new book…the one in which he discusses how he gave Mother Theresa a “Cleveland Steamer”. Howard asked if Donald would take a lie detector test, but Donald said he would not.