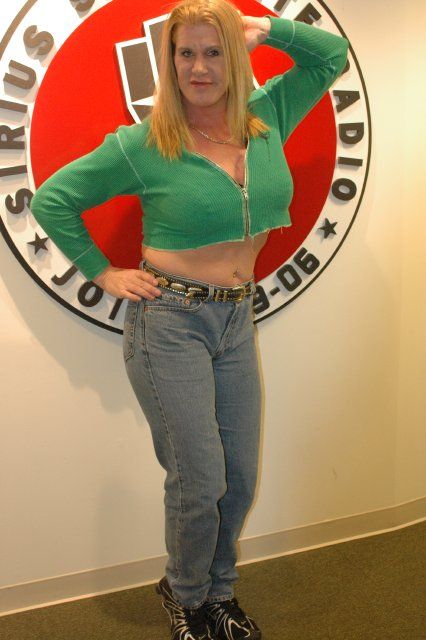 Howard got Nicole Bass on the phone to discuss her troubles. Nicole repeated her claim that she needed 900 dollars to pay for her husband’s bail, so Artie asked if she could promote his shows somehow. Nicole said she could mention Artie’s shows on her Website.

Artie told he would give Nicole the money today, but if she didn’t pay it back by December 1st, she would have to show the crew her vagina. Nicole said she couldn’t come up with the money because she doesn’t have a job other than Webcam-assisted chat sessions, for which she charges people $4.99/minute.

Howard asked if Nicole talked about sexual topics during the chat sessions, but Nicole denied that the sessions “went there.” Howard then played a clip of a former intern calling Nicole’s chat sessions and having her play the role of his sexually aggressive gym coach…who just happened to be a guy.