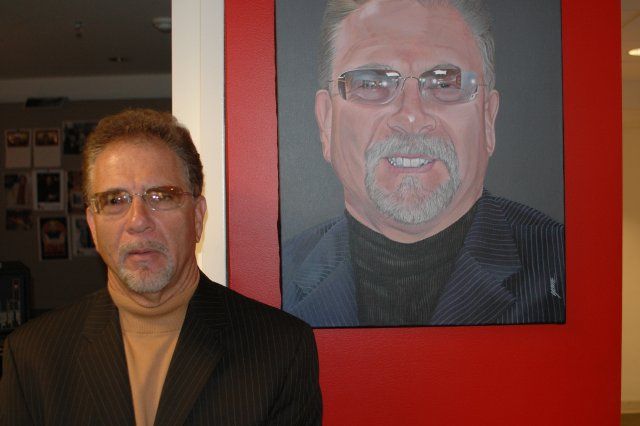 Photo: The Howard Stern Show
Lisa G noted that Page 69’s Jason and Will would be reporting later on how rude Ronnie was to a fan who wanted to take a picture with him. Ronnie came in to explain that he was eating dinner, but the guy kept coming over with different people to take pictures. Robin asked Ronnie what he was doing now that Lonnie wasn’t working at Scores, so Ronnie replied that he couldn’t say yet; he’s on a “secret tour.”