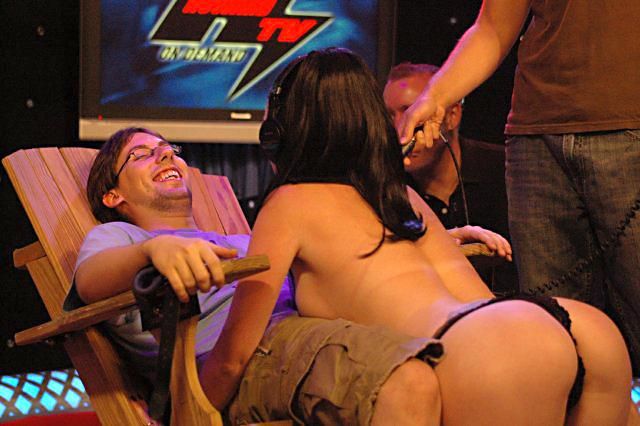 Howard asked Ronnie if he went to Rick’s Cabaret the night before he left for Vegas, and Ronnie admitted he had, but quickly added that JD spends much more time at the club than he does. Gary told the crew that JD even goes to the strip club on his way into work, so JD came in to admit that it had happened once “a couple weeks ago before a Friday.” JD noted that he’ll spend about $100 per visit, but Ronnie said differently: “[cough]$325[cough]” Jason came in to tell everyone that JD is currently in love with a black strippers at Rick’s, and JD confessed this was true. Jason laughed that JD was so strip club-crazy, he likes to start his evenings out at Rick’s and end them at Headquarters (another strip club). JD said he’s had some “long walk[s] to the train” after spending too much money at the clubs and failing to befriend the dancers.