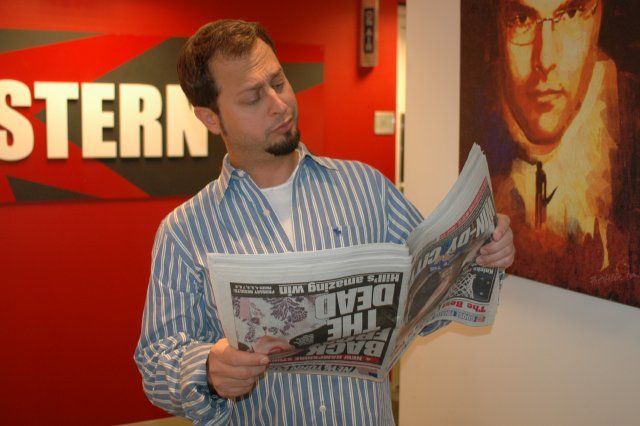 Howard whispered that Sal had just told Gary how he thought tomorrow was Election Day and, after some sleight of hand that involved getting Sal into the studio, asked Sal who he was voting for in tomorrow’s “election.” Sal said he was voting for McCain. Artie wondered if Sal was cool with voting for a Republican, but Sal was clueless; “Is that what he is? Republican?” Sal added that he wasn’t sure if tomorrow was Election Day, as it’s usually “down to two” by that time. Howard asked Sal what else he knew about tomorrow’s “election,” so Sal confessed he didn’t know much: He knew it wasn’t a primary, since that already happened – tomorrow must be a “secondary,” but he was far too smart to fall for Fred’s claim that tomorrow was actually a “tertiary.” Howard decided that Sal’s election confusion was so hilarious, a HowardTV camera crew will have to follow him to tomorrow, first to the post office to register to vote and then to his son’s school where he was sure he’d be able to vote. Later, someone slipped up and told Sal the truth, so he came back in to answer for the idiocy behind his earlier statements.