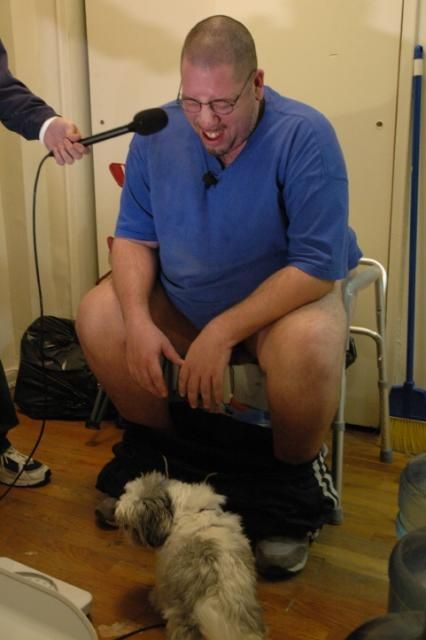 High Pitch Erik called in for a little Erik-on-Eric action, but Howard was more interested in Erik’s new job and apartment. Howard asked Erik if he’d really let his dog eat peanut butter off his balls, but Erik denied it – only to have Joey Boots and Sal dispute his story. Artie was disgusted by Erik: “Of all the guys we know on the wack pack, he is the grossest. I’d [rather] go to Iraq and sleep in a tent than have to spend a night with Erik.”