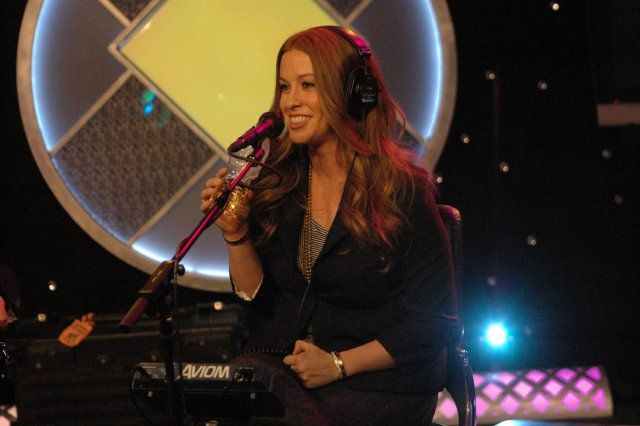 Alanis Morissette stopped by and Howard told her that the guys in the back were all excited by the hot women in her entourage. Alanis confirmed the reports: “I can’t help it, I’m a magnet for them.” Howard asked Alanis about her ex, Ryan Reynolds, and Alanis diverted, noting that her music comes from one of two possible sources: love/joy or pain/anger. Howard also wondered what Alanis thought of Ryan’s new girlfriend, Scarlett Johansson – or her music – but Alanis refused to comment. Howard noted that Alanis went to therapy five days a week after her breakup with Ryan, but Alanis insisted “It’s not always about the guy, dude. It’s about me…It takes two to tango.” Alanis went on to say she only waited “a couple months” after her breakup before having sex again. Howard asked Alanis’ guitarist, David, why he didn’t intervene in her relationship, so David explained that he just decided to be nice and wait it out.