How is Sal spending his breaks? 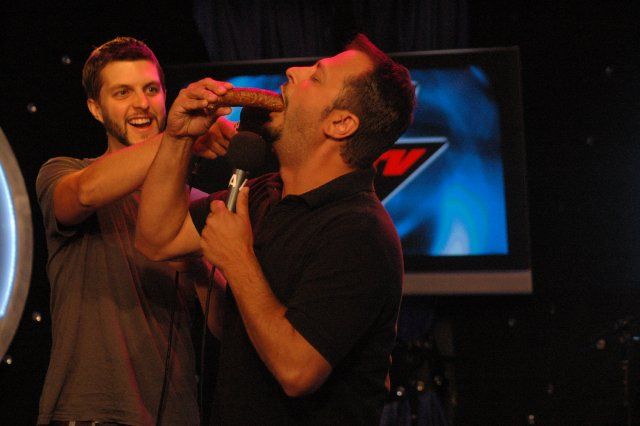 Ronnie the Limo Driver reported that Sal was becoming a “lunch man” – a guy who spends his lunch hour at Rick’s Cabaret. Sal came in to explain that he just recently did a magazine interview there – and then his friends came to town and he wanted to show them the “Stern clubhouse.” And then some more friends from school. As the evidence began to stack up, Sal insisted he was only extending his tours of the studio to the next logical stop on the tour…Ricks. While Sal was in the studio, he again made his case (yet again) for a wedding invite, but Howard repeated Beth’s wishes: hell no. Sal tried claiming that he’d never wronged Beth after they’d made up (and he’d promised not to insult her anymore) after the infamous roast-joke-that-shall-not-be-repeated. Howard was dismissive: “We’ve already proved you lied.”