The Hulkster Comes Out Swinging

The Hulkster Comes Out Swinging 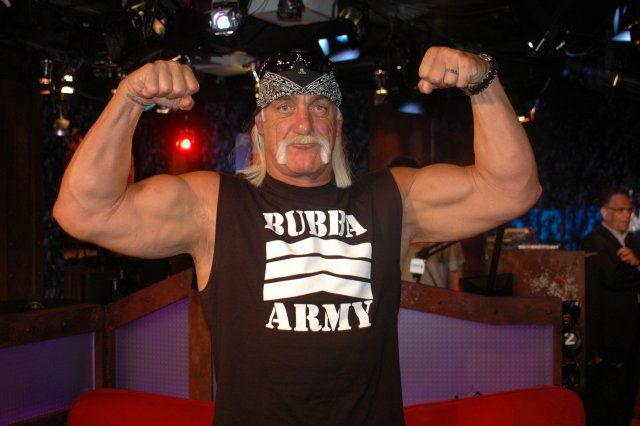 Hulk Hogan stopped by and immediately shot back at the claims Jesse Ventura made on the show earlier this week: “Ask him about Plato’s Retreat and all the wife-swapping. Ask him about taking pills and pissing his pants.” Howard told Hulk that he could see how miserable he was at Bubba the Love Sponge’s wedding, and Hulk admitted he knew he was having marriage issues even before the “Hogan Knows Best” reality show started shooting. Hulk told the crew that his daughter Brooke had been approached by Playboy, and while it doesn’t jibe with his “redneck mentality,” he didn’t think it was necessarily a bad idea: “[But] right now, it’s not the right time.” Howard said he was getting married soon, so Hogan replied, “Brother, we have to talk.” Howard changed the subject instead and asked how Hulk felt about Linda’s new 19-year-old boyfriend. Hulk said he was cool with it – but it’s been real hard on the kids.

Howard wanted to know what it was like to be single after 20 years of marriage, and Hulk said, “I was breathing all this dirty air…and was used to this mindset of being negative, as soon as I breathed clean air, I was like, ‘Oh, man’…I’m happier now than when I was married.” Hulk added that he recently met a hot blonde in a health food store, and he could tell by her eyes that she was a healthy person. Two weeks later, he ran into her again, and they’ve been dating ever since.