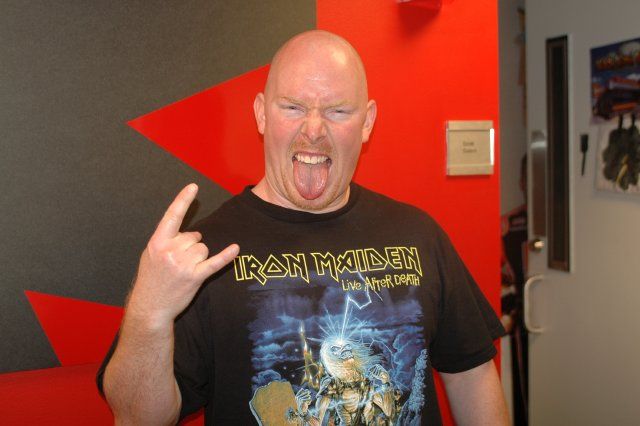 Robin laughed that Richard Christy had shaved his head, and Howard said it was really odd: “He looks like Curly from the Three Stooges.” Richard came in to explain that he went to the barber shop the other day and enjoyed his hot shave so much that he asked them to shave his head as well: “I’m shaved everywhere. My eyebrows are the next to go.”