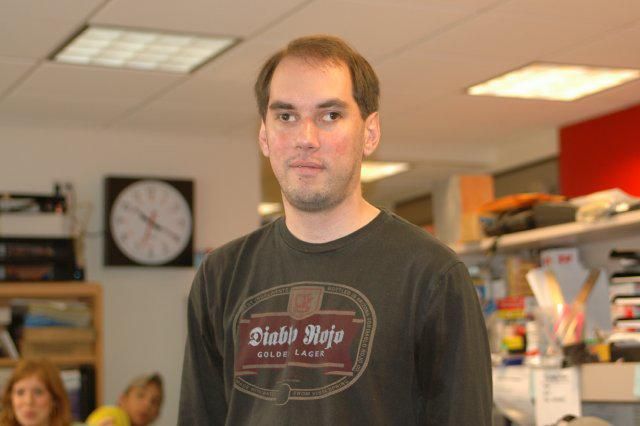 High Pitch Mike came in to say he was foolish to think the staff essay contest (the prize: an invite to Howard’s wedding) was for real, and Howard apologized, saying he didn’t have enough seats. Mike replied that he was just a little insulted that his winning (and quite moving) essay entry was tossed aside – especially after he’d postponed a trip to his parent’s 40th anniversary party to attend Howard’s wedding – and the invite extended to Sal of all people.

Howard asked if Mike was now on better terms with Artie, and Mike confirmed the story, saying he was moved by Artie’s USO trip to Afghanistan and very human struggle with addiction: “He’s a good person. I see that.” Artie also said he and Mike apologized to each other yesterday. Mike laughed, “Now the only person I have to be angry with is Howard.” Howard again claimed he didn’t have the seats, but Mike knew better: “You have Sal’s.”

Mike repeated his claim that he’d just like to be a witness to the bond Howard and Beth share, as well as Howard’s beautiful children: “I’ll never have that…No woman will ever find me attractive. With the eye, voice, baldness and skin issues – I’m a genetic freak.”

Gary offered Mike a free “date” with one of the Bunny Ranch’s girls, but Howard thought it would be better if Mike made a choice: “You want her or you want my wedding?” Mike thought long and hard: “Oh my god…S—t!…Alright, the wedding.”