George Takei is Sitting in All Week

Sal Takes Refuge in a Stripclub 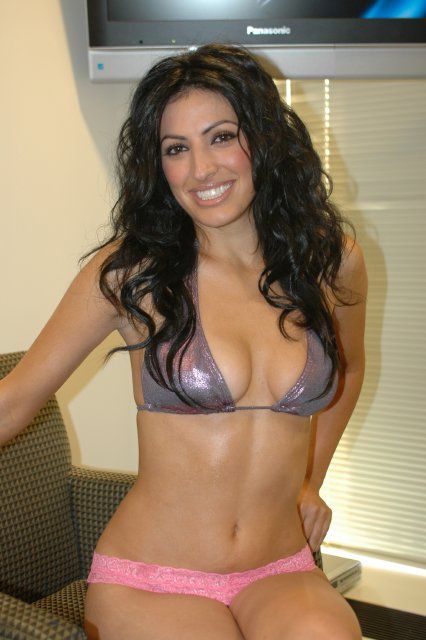 Howard welcomed Kristi, Miss HowardTV September, to the studio, and Artie began his routine: “This is the hottest chick we’ve ever had up here.” Howard actually seemed irritated by the line for the first time: “Ok…” Howard turned to Kristi and asked her a few questions, and Kristi revealed that she was Italian and a nursing student from Staten Island. She talked about herself a little more, but the answers weren’t half as interesting as the pictures Jason took. Click on those. Before she left, Artie asked Kristi if she might like to change her name to Kristi Lange, but she was prepared: “No…your sweatpants pull a little too much at the bottom.”

Don’t Mess With This Midget

Jeff the Drunk Loses Another Friend

John Edwards Has Nothing On This Guy