Rockers visit the show to promote their new album 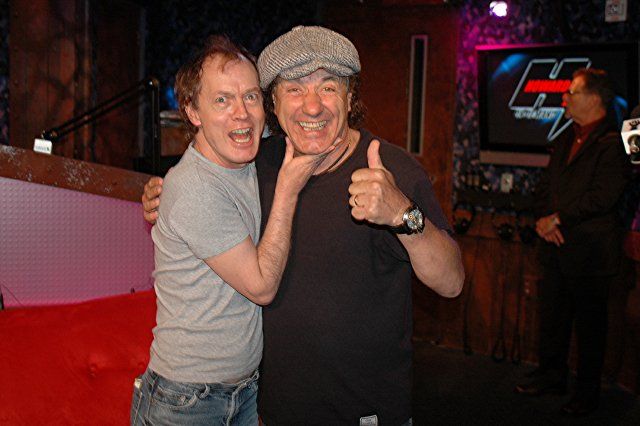 Angus Young and Brian Johnson of AC/DC stopped by to promote the band’s new album and, when asked about the previous guests, Brian remarked that “every man who gets married pays for sex, man.”

Howard wondered if the pair hangs out together when they’re not on tour, but they said they live too far apart. Brian told the crew that he hangs out around his home in Sarasota, Fla., most of the time and races vintage cars. “I don’t like fishing and I don’t like golf,” he said.

Angus said he lives in Holland, London, and New York. Howard asked the guys how their deal with Wal-Mart came together, so Angus explained: “We’re not snobs. Wal-Mart’s are everywhere, man.”

Howard marveled at the deal – especially Wal-Mart agreeing to pre-purchase three million copies of the band’s new album – and asked just how rich they were. Angus said they were rich enough for Brian’s “beater” (vintage) race cars. Howard also wondered why Angus married his wife without a pre-nup, so he claimed that he only had “the boots on my feet” at the time.