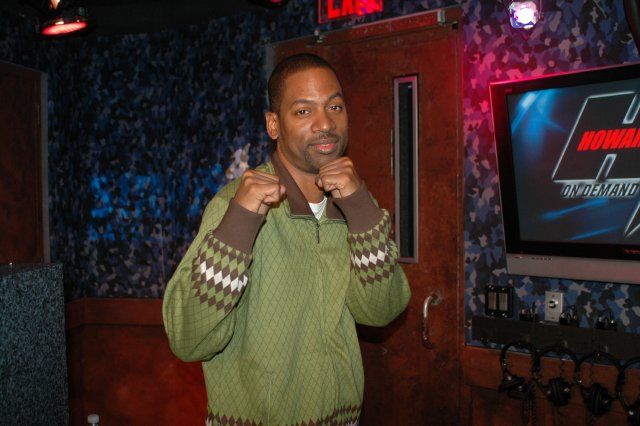 Tony Rock, Chris Rock’s brother, stopped by to promote his new TV show, “The Tony Rock Project,” and said that while his brother is the No. 1 comic, he’s “probably No. 7.” Tony told the crew that it’s never been easy working as a comic in his brother’s shadow: for a long time, he’d just get booed off the stage. Howard asked if Tony was doing well now, and Tony said he was.

“This is my third TV show,” Tony said. His last show was on the air for four years and he has several projects in the works.

Tony laughed that, like Howard, Chris told him not to get married and he’s taken the advice to heart. “If you’re single and want to F a Rock brother, I’m your man,” Tony joked, telling Howard he went to a Fashion Week party last night and “It was easy pickings, man.”

Howard asked if Tony was voting for Barack Obama and he said “of course” he was. Tony also claimed he’d dated some B-list celebrities, like Michelle Williams from Destiny’s Child and a few others.