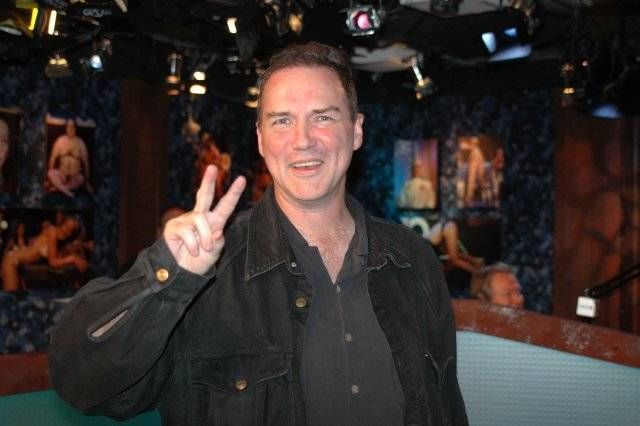 Norm MacDonald stopped by to promote his three-night stand at Caroline’s in New York and Howard immediately asked him what the hell he was doing these days. According to Norm, it’s always about the comedy. “I just do stand-up, right? And then sometimes they offer me stuff that I’m no good at and I do that. Then I go back to stand-up,” he told Howard Thursday morning. “I don’t want to seem like I want something. I don’t care if I ever do another movie.”

On the subject of bombing, Norm told the crew he doesn’t like to do it on stage, but does think it is funny. “I see humor in that. It’s not like you’re up there trying to make them not laugh,” he noted before discussing his writing process. “You come up with something and you stick it up in your head … Most days I just whack off.”

Howard asked if Norm was still a big gambler and poker player, but Norm said he wasn’t really anymore. Howard speculated that Norm had gone to therapy to deal with his gambling problem, but Norm denied it. “I’m not you. I don’t do that shit,” he responded.