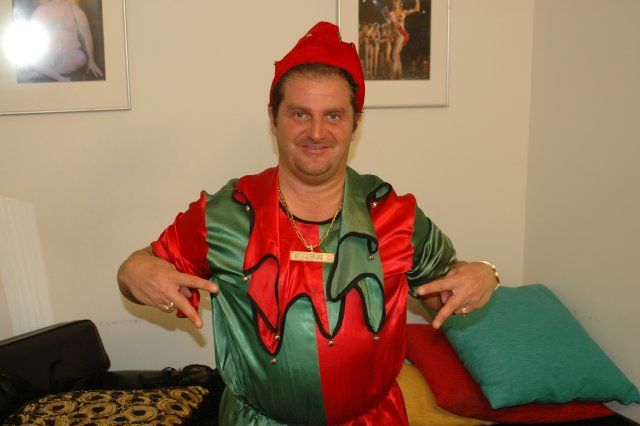 Lisa G reported that the Christmas-themed hotel Richard stayed at over the break refused to give him the “elf service,” in which an elf tucks you in on Christmas Eve, that he had been so looking forward to. Richard came in to say that management told him all “tuckings” have a 12-year-old age limit, and when he told them he was in his thirties, they had difficulty holding back laughter. Richard then told the crew about the other trip he made over the holidays: a 30-mile drive to the Taco Tico in Pittsburgh, Kansas .You may recall that the Christys’ local Taco Tico closed recently, forcing them to drive all that way for their favorite “Sanchos.