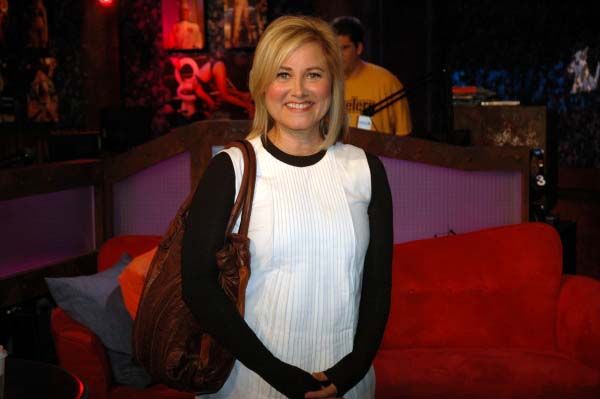 Maureen “Marcia Brady” McCormick stopped by to promote her new book, “Here’s the Story,” and told the crew that her relationship with Eve Plumb (aka “Jan Brady”) was different than most thought: she was always jealous of Eve (Eve’s boobs were bigger). Howard noted that the book’s coke stories are making headlines, and Maureen laughed that coke turned her into a slut: “I was if they had coke…I felt like I could do anything. I felt like I was perfect.” Howard noted that Maureen once even let a guy videotape her nude, and Maureen admitted it was true: “I was 18 or 19.” Howard then appealed to the audience: “If anyone has that tape, can they send it to me?”

Maureen told the crew that cocaine use wasn’t her only youthful mistake – she also planned to lose her virginity to Barry Williams (aka “Greg Brady”): “It’s really weird. And I’m glad we never did it…his parents walked in on us…I didn’t do it so I must not have really wanted it.” When asked about her current relationship with Eve Plumb, Maureen confessed: “We don’t really have a relationship…she was my best friend when we were doing the show. I loved her…we would undress in front of each other…I [jokingly] said that I kissed Eve [on a late night show] and she hasn’t spoken to me since.”

Howard asked Maureen about her date with Steve Martin, and she moaned that she “blew it. I was so coked out of my mind…I had nothing left in me…I didn’t get any of his jokes and I wasn’t laughing.” Maureen said she also went on dates with Michael Jackson and Wilt Chamberlain. Ham Hands Bill called in to ask if Maureen was ever molested, and she said, “Maybe when I was 17…” Another caller wanted to hear Maureen swear, and she obliged with the C-word.