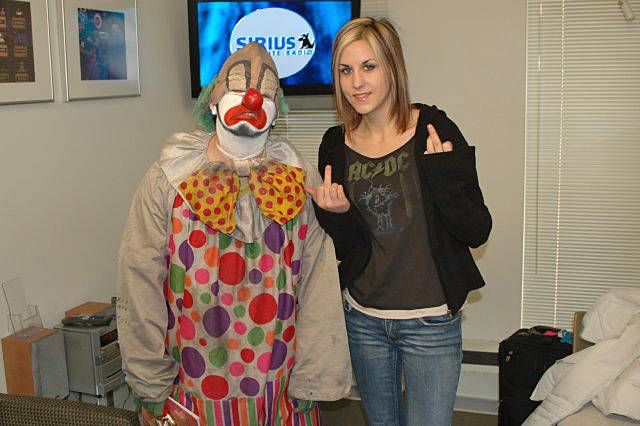 Yucko the Clown came in to discuss his recent divorce (after 2 months of marriage), explaining that “under this costume, I’m a real f’ing dude.” Yucko said his marriage fell apart after his ex-wife threw him under bus the last time they were on the show. Howard questioned Yucko’s ability to move on, so Yucko shot back: “Do you still love your [ex-wife]?” Howard admitted he still had love for her: “[But] I was married for twenty years with three children. You were married for two months.” Yucko told the crew how he slept in his truck after the divorce while Nicole stayed in their apartment. Howard asked if the marriage was ever even consummated, and Yucko laughed that they consummated it in a Best Western in St. Louis. Yucko complained that, in his most desperate moment, he tried to save the marriage by buying a timeshare in Maui: “When’s the next time I’m gonna be in Maui? Probably never.”