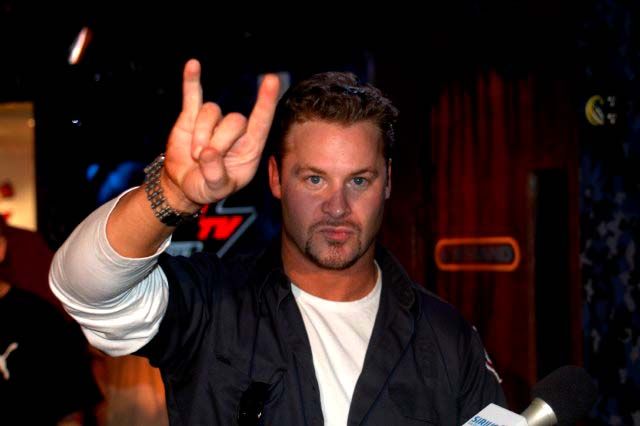 KC Armstrong called in and briefly discussed why he had to stop working with the show: “I went nuts.” KC admitted that he got so bad toward the end that he began writing in a Bible with his own blood, which didn’t surprise Howard: “KC’s favorite song was ‘God Hates Us All.'” KC laughed that he was still crazy but had changed quite a bit – so much so that he’s now going to church…although he has had a few shots of vodka before going. Howard said he’d heard that KC been having a wild couple weeks, so KC confessed the rumors were true: He and his new girlfriend are banned from 5 area hotels for loud sex and trashed rooms (“I think I found the one.”), he recently wrecked a rented Escalade and hasn’t talked with his brother since his last arrest (“He’s screaming [at me] like, ‘You can’t live your life this way.'”). Howard suggested that KC try to patch things up with his brother as it was obvious he was trying to help him.