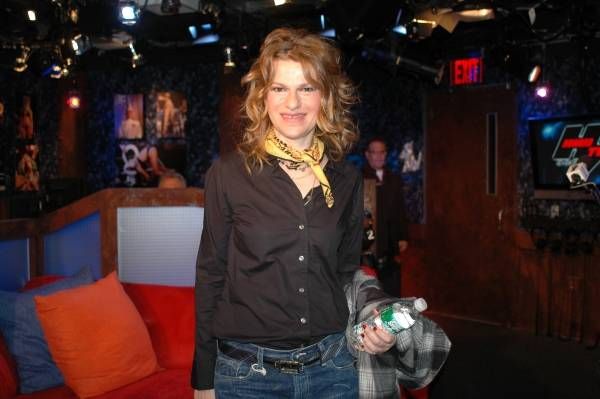 Sandra Bernhard stopped by to promote her latest one-woman show, “Without You I’m Nothing,” and complained about not being invited to Howard’s wedding. Howard replied that he and Sandra hadn’t really hung out in a while – he tried a few years back but Sandra always had to watch her kid. Sandra told Howard that her daughter was old enough to leave home alone now, so they should reconnect. Howard asked Sandra what she thought made her relationship work, and Sandra explained that she and her girlfriend of seven years frequently go out and find someone to join them in the bedroom. Sandra noted that it could be a man or a woman – and a man’s been in their bed as recently as a couple months ago. Bizarrely, Sandra cited Ralph as someone she’s been hanging with recently who had a shot at being the next guest in their bed, causing Ralph to call in to say he’d be glad to help out, as Sandra’s girlfriend was “superhot, like Phoebe Cates in her 30s.” Howard congratulated Ralph on “finally working your way into the ultimate schmooze.”