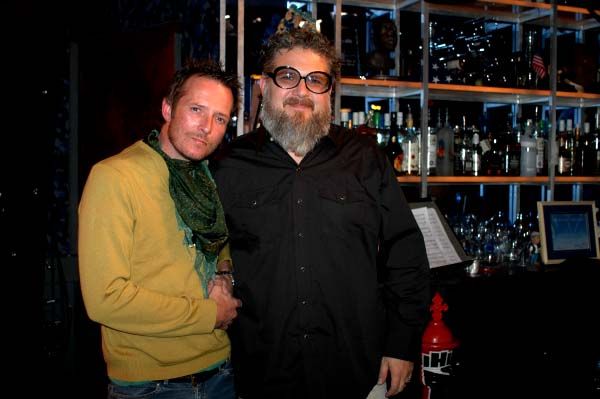 Scott Weiland was supposed to stop by to promote his new record, “Happy in Galoshes,” but got delayed on the way in so Howard spent some time talking to the album’s producer, Doug Grean. Then, while Howard was playing his version of “Hurdy Gurdy Man” for Doug, Scott showed up…but not before Doug told Howard that he really liked the song. Scott talked about how he was “freeing himself” now, like David Bowie did during his LA period. Scott also claimed he’d been heroin-free for almost 6 years and dealing everyday with his bi-polar disorder. Howard wondered if Scott had ever had a “full psychotic break,” and Scott replied: “Only when I was smoking or shooting cocaine.”

Robin asked why Scott’s performances have been erratic lately (a reference to the time she went to see him earlier this year and he took forever to take the stage and, later, was incoherent) Scott said his failing marriage wasn’t the only thing weighing on him: “My brother died [this year]…it was drug related.” Scott added that the situation with his wife was “very complicated,” as she left him to figure things out on his own when he needed her most: “I have a [new] girlfriend now…a model/actress/director.”

Scott told Howard that his wife left him for “Joe the Plumber” (not The “Joe the Plumber,” just some guy) when he was in rehab: “I don’t want to know anything about it…it’ll eventually come out. It definitely drove me crazy – my biggest addiction was my wife…I’ll always love her…whenever she needed help, I was there at home to detox her. Whenever I needed help, it was all, ‘He can’t be around here.'” Scott also noted that their break-up inspired a lot of the songs on “Happy in Galoshes.”

Wearing Skirts Does Not Make You Bisexual