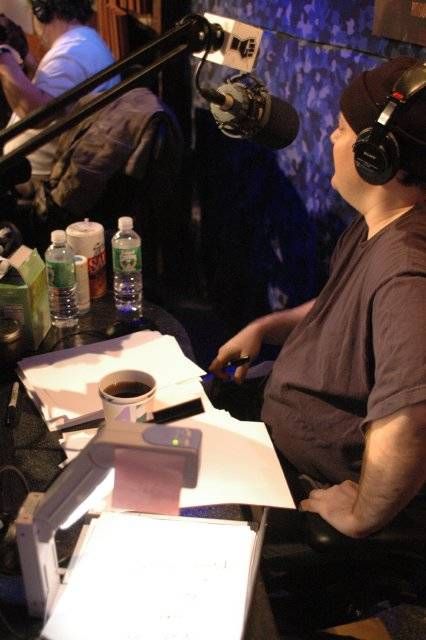 Lisa G reported that the interns have to spend more time cleaning up after Benjy than any other member of the in-studio crew, so Benjy explained that he writes lines and jokes on sheets of paper and hastily tosses them aside as they’re used or new ideas come along. Howard told Benjy to toss the papers in one of the three trash bins around him, but Benjy became irritated and started shouting that Robin did the same thing. Robin replied that she didn’t throw her stories on the floor anymore (“The interns complained.”) and instead just leaves them on her desk for collection/filing.

A Moment with Fred